How pressuretrol works in steam boiler

The pressuretrol is an important boiler control mounting as how pressuretrol works? is the today question asked by someone in group, simple answer is that the pressuretrol in a boiler works as pressure control switch that turns the boiler on and off at adjusted pressure.

The pressuretrol is an important safety device in a steam boiler because it helps to prevent overpressure and ensure that the boiler operates within safe limits. It is typically used in conjunction with other safety devices, such as a low water cutoff and a safety valve, to provide multiple layers of protection against accidents or failures.

The Location of a boiler pressuretrol is the top pressure side of the boiler. It is important that it be protected with a siphon just like the boiler pressure gauge and that the trol should be mounted straight. Some pressuretrols have a little arrow this purpose. This is especially important in case of the mercury type pressuretrol. Unless it is in a vertical position it will not work properly.

See how the pressuretrol and siphon should be installed.

The pressuretrol has two adjusting screws and two scales. One scale is the main pressure scale the other is the differential. To set a pressuretrol for the operating range you want, you would proceed as follows. The cut-in plus the differential is equal to the cut-out. For example, if you want the boiler to cut in at 240 Psi and cut out at 250 Psi, set the cut-in at 240 psi and the differential at 10 psi. The boiler will then cut out at 250 pounds. Table shows present examples of cut-in, differential, and cut-out points that’s how pressuretrol works. It can manually be reset by pressing reset button at the top. The operator can adjust any combination that suits the boiler requirements. 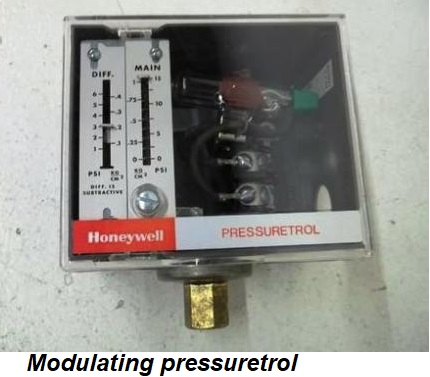 The difference between on off pressuretrol and modulating pressuretrol is that it controls the high and low firing of the boiler. High fire is the maximum amount of fuel burned and low firing the A boiler should always start off in low fire and shut off in low fire. It should always be firing for longer periods than it is off. This helps to maintain a good furnace temperature and reduces the cooling effect on brickwork, which in turn helps to cut down on maintenance and improves boiler efficiency. Honeywell pressuretrols are most reliable and widely used in steam boilers. 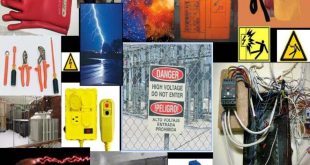 Electrical Hazards in the Workplace

Incident Accident and Reporting of Near Misses 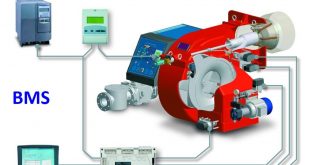 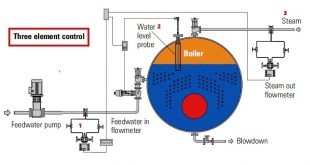