The maximum allowable working pressure (MAWP) for the most of the boilers is 10 bar. That is, the pressure of the steam in the boiler can not go above 10 bar. The purpose of the safety valve, then, is to prevent the pressure in the boiler from climbing above its MAWP. If the pressure were to rise above the MAWP, the safety valve would pop open and prevent any increase in pressure that might lead to a boiler explosion. The safety psv valve location should be the highest part of the steam side, in case of water tube at steam drum or directly to the top of the shell for fire tube boiler. There are no valves between the safety and the boiler.

Safety valves are designed to automatically pop open on pressure and stay open until there is a definite drop in pressure inside of the boiler. The pressure at which a PSV valve operates is known as blow down of safety valve & reseating pressure is called blow back, without chattering (opening and closing quickly). In most states, the only type of safety valve allowed on every steam boiler is the spring loaded type. You can calculate force acting to operate a safety valve Force= Pressure × Area. I recommend you to read Boiler codes to better under standing of safety valve theory.

lt is the best practice to directly mount the safety valve in vertical position on a nozzle of the pressure vessel or a short connection which allows smooth flow of fluid. Where rounded or beveled approaches can not be provided ahead of the safety valve, it is recommended that one size larger riser or fitting be used. The pressure drop in the valve inlet piping should not exceed 3 % of the set pressure. Valves are sometimes badly damaged just as they go into service because of failure to clean the connections. It is essential that the boiler, pressure vessel, valve inlet, and all connections be cleaned thoroughly before the valve is mounted. For the gasket used for installation of a flange-type valve, an article whose gasket width is correct suitable for the flange bearing surface shall be used taking care not to allow displacement when bolt clamping takes place.

In Hydrostatic testing of a boiler flanged safety valves are usually blanked and Welded safety valves are closed with an internal plug called gagging. Gag plug should not be used in case of normal operation. SV should operate without chattering or any trouble.

The discharge capacity of a safety valve should equal to the generation capacity from and at 100 C of the boiler so that it can release all the steam.

Boiler pressure should not increase 6% of the set pressure of SV.

If two or more PSV are used, the max setting of PSV valve should not increase 3% of MAWP of the boiler.

The boiler having pressure above 15 PSI, Flanged or weld end connection should be used.

In case of failure of any part of a Safety valve, it should release steam without any hurdle.

Valve should be installed directly & in the vertical position with the boiler, no other valve is permitted between psv and boiler.

The material of valve should be according to ASME B 16.34. Heat resistance alloy steel.

If MAWP of a boiler is 200 Psi & we want to install 3 PSV valves two on the drum and one on the super heater, the setting will be as according to ASME codes.

In principle, the interval of periodic inspection

(Disassembly and overhaul) is 1 to 2 years. 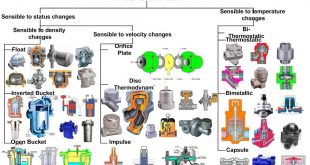 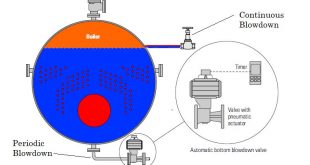