The fire triangle is a simple model for understanding the necessary ingredients for most fires. A fire can be prevented or extinguished by removing any one of the fire triangle elements. This is The Fire Triangle. Actually. it’s a tetrahedron. because there are four elements that must be present for a fire to exist.

Remove any one of these four elements to extinguish the fire.

The concept of Fire Protection is based on keeping these four elements separate. Fire extinction is achieved by the removal of either fuel. oxygen, heat. or by the intem1ption of the chain reaction.

The Parts of a Fire Extinguisher:

While there are many different types of fire extinguisher-s – water. city chemical. foam. clean agent. etc. for the most part. they have the same or very similar parts with which to operate them. In general. regardless of the class of extinguisher and the type of extinguishing agent, they may contau1. you can expect a fire extinguisher to have a

Operation lever:
Depressible part to operate the extinguishing device. This part cannot be operated if the pin has not been pulled.

Damage seal:
A plastic seal is affixed to keep the pulling pin from being damaged when the fire extinguisher is dropped or hit.

Pressure gauge:
An instrument for measuring pressure is whether the fire extinguisher has enough pressure to put out a fire. If the arrow is green, it means that the ingredients have been tilled correctly. If the gauge is on the left, the load is under load, if the gauge on the right is green then overload and risk of explosion.

Drain hose:
The hose that serves to drain the contents and sources of ignition

Drain nozzle:
The tip of the hose is conical to allow the expelled substance to spread

In addition to the core parts above, there are also additional parts of the fire extinguisher that have an equally important function. Here are among them:
1. Instruction label: Instruction label and instructions for use.
2. Monthly inspection sheet: Allows assigned individuals to check APAR eligibility.
3. Annual inspection tag: Just like the monthly inspection sheet, it is annual.
Each part of a fire extinguisher has a function that is interconnected to work effectively. Extinguishing materials that are in the tube, must be controlled and can be used optimally to extinguish the tire efficiently and quickly.

Choosing fire extinguisher types for the relevant class of fire could literally be the difference between life and death. No single extinguisher can be used to tackle every fire, and because each type of fire extinguisher has different classes of tire on which it is effective.

You should not spend more than ten seconds taking control of a fire. Do not put yourself or others at risk and always keep your means of escape behind you when tackling a small tire.

The following four-step technique can be memorized more easily with the acronym PASS:
1. Pull: Pull the pin to break the tamper seal.
2. Aim: Aim low, pointing the nozzle or hose at the base of the fire. (Do not touch the horn on a C02 extinguisher since it becomes very cold and can damage the skin.
3. Squeeze: Squeeze the handle to release the extinguishing agent.
4. Sweep: Sweep from side to side at the base of the tire- the fuel source- until the fire is extinguished. 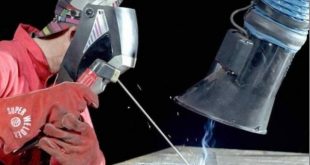 How to increase boiler efficiency without any investment